Hypnosis and The Power of Your Subconscious Mind 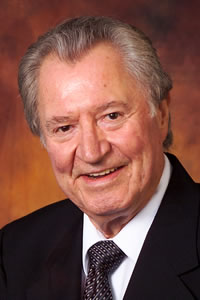 You can, you know, through the power of your own subconscious mind. All you have to do is re-program it. Where you are in life, right now, is the perfect place for you. Your subconscious mind has followed your plans and desires to a tee. Whether you are rich, or poor, extremely successful, or struggling (you have never "failed" as long as you're alive), happy, or dissatisfied and miserable, THAT is where you directed your subconscious mind to take you.

Your subconscious has the power and knowledge of the universe, but it has no imagination, no direction of its own. It is like a magnificent ship capable of taking you anywhere in life's ocean. It even has its own, built-in navigator, but YOU are the MASTER. You have to plot your course, and it will follow your every command.

You may take exception to the first paragraph, particularly if your life is among the more negative of the examples. There lies the point in question. The universe is in perfect balance, made up of "positive" and "negative" vibrations. If you seek, or even accept, the negative vibrations, that is what your subconscious projects, and what you, in turn, receive. Those who can only feel positive thoughts and project positive vibes, summon in powerful, positive strength to achieve anything.

Mind you, if you have suffered from "poor-meitus" for any length of time, or issued a great deal of negative vibes to yourself or others, this is hard to cure. The moment you try to put yourself on a "positive" course, you will find you have awakened a sleeping beast. Mr. Negative is a grasping, clinging monster who never wants to lose a slave. As you first begin feeling the results and rewards of a positive stance in all walks of your life, don't be surprised, or alarmed, by a series of negative occurrences. Just hang in there and, if you laugh at each weak attempt to discourage you, you will find your positive vibrations will always win out.

Everyone has a subconscious mind with the ability to do wonderful things for them. It is while developing in life, from childhood on, that so many negative messages can stunt its growth. From "don't touch that, you'll burn yourself," "get back or you'll fall," "look out, don't break that," to "you won't amount to much," "you'll never make it in that business," "you want to be a what?" - it's a wonder we ever make it to adulthood.

What your battered being has been most exposed to, or whatever compromises you have made in your development, can convince your subconscious mind that you want to be in a dull, unrewarding job, content to squeak by, at or near minimum wage.

It is possible through deep study, concentration, and trial and error to make contact yourself. It is much easier with the help and guidance of an extremely well-trained Certified Hypnotherapist.

Your author was first introduced to Hypnosis at age 14. Using the techniques of positive mind, through self-hypnosis, he was able to become a television performer, vice-president of major advertising agencies, staff producer at ABC-TV, co-star/feature actor in major movies, and Seventh Dan Karate Master, before realizing that what he really wanted to do was to guide others to their dreams. To learn how to apply this ability to others he enrolled in, and graduated (with Honors) from the Hypnosis Motivation Institute in Tarzana, California - the first accredited hypnosis college in the U.S.

Having been in private practice for a little over a year, he has gained great pleasure in helping clients who were feeling bogged down in their careers, relationships, and lives in general, find new enthusiasm and, in many cases, great success.

One, who was feeling hopeless trying to make it in movies, discovered in our offices that her real talent was creative writing. After a few sessions, she finished the first draft of an exciting, terrifying novel, with plans for its sequel.

Another, who had a paralyzing phobia of taking tests, had to take two demanding tests to improve his ranking in his job. A few sessions prior to test time he passed them both with ease.

Yet another, a successful, self-made owner in a fast paced, very competitive business was suffering from excessive stress. He spent most of his time on the sites of his projects, rarely relaxed, and became quick-tempered over little, as well as big, things. His weekly sessions have guided him to relax, enjoy his life, and empower his entire being with positive reactions to everything. He delegates daily work to his foremen and their crews, who now give him complete respect and loyalty, while he spends a lot of time enjoying his newly purchased luxury cruiser.

Your mind can make miracles happen for you, too. You want to reach the top, enjoy life to the max? Don't ever say, "I wish I had done that." DO IT! It's easier than you think, through Hypnotherapy.