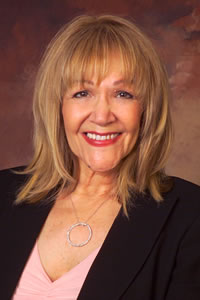 Hypnosis is a powerful tool but exactly HOW does it work? The real magic is that hypnosis works as both a "magic wand" and as a "snowball gathering snow."

Let's take a look at each separately and then how they work together.

The magic-wand effect is when you have a hypnosis session and your issue is solved instantly and without further effort. Magic!

The snowball effect is what you experience with several hypnosis sessions, in which each session reinforces and enhances the relief created by previous sessions.

The reality is that both effects create permanent change. Hypnosis creates the initial change. Reinforcement ensures that the change lasts.

Now, let's look at it a little more closely.

Hypnosis allows that learning or relearning to happen more rapidly. However, as with any learning process, it needs to be reinforced. Thus, hypnosis is both a "magic wand" and a "snowball gathering snow."

Let's take a look at Joanna's experience to get a better idea of exactly how hypnosis DOES work:

Joanna was sitting in the waiting room at the Hypnosis Motivation Institute. She was waiting for her first hypnotherapy appointment. She was desperate to lose weight. She had lost and gained at least three hundred pounds in her thirty-two years. Now, here she was, seventy pounds overweight again. She had tried everything.

She had heard some say that hypnosis could be like a magic wand. She had heard others say it didn't work at all. Her best friend Martha had just lost fifty-five pounds using hypnosis. She said it was easy and it worked, but that Joanna would have to do her part too. Would it work for her?

If this reminds you of your own questions about weight loss and hypnosis, keep reading.

We can call the habit of overeating a food addiction, compulsive overeating, or a self-destructive habit. Whatever we call it, though, once that kind of behavior takes control, you will need to unlearn old, destructive behaviors and relearn new, constructive ones.

Joanna followed through with her hypnosis for weight loss. She learned the reasons she ate for comfort and she altered those behaviors. She learned that eating good, fueling foods were essential, and she incorporated those ideas into her daily life. She also learned that she needed to move her body more. Exercise became her oasis. It became her "me-time" every day.

Joanna lost her seventy pounds easily and happily and has maintained her new weight because she created a new relationship with food, with her body, and with life itself. That was five years ago.

Hypnosis accelerates your learning process so that what might have taken you twenty years to "learn" can be restructured in four to six sessions.

Hypnosis is being used in major medical institutions, such as, Harvard Medical School, UCLA, Stanford, Kaiser Permanente, Beth Israel Deaconness Hospital, and many burn centers, to ease pain, fear, and treatment [, and accelerate healing] for their patients.

Hypnosis is approved by, both, the American Medical Association (AMA) and the National Institute of Health (NIH) for Complementary and Alternative Medical Treatment and as an adjunct to traditional treatments.

The moral of this story is this: if you are wondering if hypnosis is a magic wand or a cumulative change response (snowball effect), it is both!

If all else has failed and you are ready and committed to achieving your goals, it is time to try hypnosis. It works!