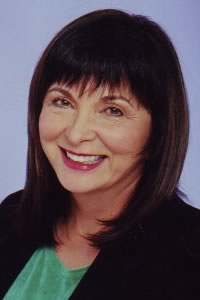 A nightmare is a warning from the subconscious mind. It might signal a medical condition that needs to be treated, but it may also mean that you are ready to release pent-up negative emotions, negative scripting or trauma. Dream expert Patricia Garfield, author of Creative Dreaming, The Universal Dream Key and other books, tells us that most dreams are negative. I like what Robert Van de Castle says in Our Dreaming Mind:

Many people are surprised to learn that the majority of dreams are unpleasant. Since most people don't share dreams with others on a regular basis, they tend to assume that their own dreams are more negative, troubling, bizarre and unusual than those experienced by others. Knowing that other people often have disturbing dreams may be a source of relief to those who worry that their dreams may indicate some psychological disturbance or abnormality. But other individuals may use this information as an excuse to distance themselves from their dreams. 'I have enough unpleasantness in my everyday waking life. Why would I want to expose myself to further unpleasant events and emotions in dreams?' they may say.

I would respond that by paying attention to the troubling events in our dreams, we improve our long-range chances of reducing stress and anxiety in our waking life. Dreams tell us things we need to know to function more effectively when we're not dreaming. They inform us about conditions which require remedial action and give us hints as to which plans might be most successful.

I want to tell you a story about a client of mine who stopped recurring nightmares after one hypnosis session - essentially taking charge of a condition that required remedial action, and how together we created a plan that led to a surprising and dynamic shift. Marion is an elderly woman who lives in an assisted care facility because she has MS. One of her caregivers called me to say she'd been waking up at night frightened by recurring dreams about an angel of death. Sometimes she cried out, alarming staff members. They tried to console her, but the nightmares continued.

Marion was sitting in her wheelchair when I arrived. I pulled up a chair beside her, I explained how hypnosis works, prepared her for trance and began. Under hypnosis she described a woman who represented Death. She came down from the sky and looked like an angel in a dark robe. Recalling the figure, Marion became sad and teary eyed. "I'm not ready to die," she said in a faint voice. "Good," I responded. "Imagine, now, that you tell her that." Resistance surfaced. "But I grew up believing that when Death comes to tell me it's time, I must go."

"If you still have something you want to do here on earth, I wonder if you can ask for more time. If you think that's possible, please nod your head." She nodded. Mistaken literalism is the biggest dream interpretation error, says Jeremy Taylor, author of Where People Fly and Water Runs Uphill and The Living Labyrinth. Marion's strict religious upbringing led her to believe the dream figure announced her impending death. She took it literally, as most people would have done. But dream experts tell us that death symbols may indicate our readiness for a transformation - a letting go of an aspect of our personality that no longer serves us.

Marion and I prepared for a visualization in which she would meet the woman in the dark robe and ask for more time. She would explain why she wanted to continue living. I asked Marion to verbalize her reasons. We converted her initial plea of "I'm not ready to die" into statements beginning "I want to live because..." When she was ready, I took her deeper into trance and we began the visualization. Marion was motivated and cooperative. The figure from her dreams agreed to her request. We expressed appreciation for the agreement, I deepened the relaxation again and gave her the post-hypnotic suggestion that before our next session she would have a pleasant dream and she would remember it so she could share it with me.

That was all it took. The nightmares stopped. When I went to see Marion two weeks later, she looked cheerful. "The angel in the dark robe has not come back - and I had a good dream." I'm going to share it with you here because it shows the power of the mind to make a course correction. I think important dreams deserve to have titles, so I asked her to title it. "The River," she said. In her dream, Marion can walk. At four in the morning she opens the door and walks to a river. "I knew which path would take me there." While walking on the path, she feels she is going to accomplish something and that it will be enjoyable. Though she lives in Seattle, the river is in Eastern Washington. She knows this because of the vast, open landscape and the rock formations. She's wrapped in a blanket of many colors that reminds her of Joseph's coat and Indian blankets.

She reaches the edge of a cliff and gazes at the river below, transfixed by its movement, "It's not rushing, just flowing." Across the river wild flowers and bushes are blooming in a rockery. I ask her if the scene reminds her of anything. She says, "It makes me think of the Mormon Tabernacle choir singing 'How Beautiful Upon the Mountain' because this is like a painting, entirely different than a real landscape. It is so beautiful that I'm awestruck."

At this point in the dream Marion worries that someone might realize she's missing, so she walks out to a road. A car stops. Inside are two women who say they've been looking for her, so she gets in. When they arrive home, a man is waiting at the door for her. She feels safe and supported.

After hearing her dream, I asked Marion if she would like to do a guided visualization to hear the Mormon Tabernacle Choir. She agreed and we imagined her going to Salt Lake City, entering the Temple and sitting down as the organ begins. When the visualization was clear in her mind, I asked her to describe it. "The organ is so powerful, my body is vibrating. The choir has such magic that anyone who heard it would be uplifted and changed by it." I suggested that now they would sing How Beautiful Upon the Mountain and asked if she would sing along. Still in the trance state, she began singing. She looked blissful. I gave her the post-hypnotic suggestion that she would sing for someone else after our session.

Days later, I learned from Marion's caregiver that she not only sang for the staff and residents, she sang for her doctor during an appointment she had later that day. Bubbling with enthusiasm, she shared her joy with others.

Jeremy Taylor says that all dreams come in the service of health and wholeness and that no dream comes to tell us what we already know. Dreams have multiple meanings and when we have a Big Dream, as Marion did, sharing it with someone you trust can have an expansive impact. Robert Moss, another well-known dream expert says that to harness the power of your dreams you need only two things: the ability to recall and the willingness to be open-minded about what your dreams are telling us.

When you have a bad dream, think about these words from Dr. John Kappas, founder of the Hypnosis Motivation Institute, "Venting dreams are the most important to dream analysis since they represent events, traumas, doubts and fears that you are removing from your past and your present. They reflect what you no longer need to hold on to. They must always be recognized and accepted as a venting process, and not misinterpreted as having precognitive value. The purpose of venting is removal."

The next time you have a bad dream, remind yourself that you are venting. If you dream about someone you knew in elementary school or high school, you are releasing something from that period of your life – so you can feel good about that. Instead of getting up and stewing about it, you can say, "Whew. Glad I vented that!" It's been 18 months since Marion vented her death nightmares.