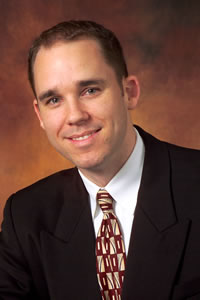 Imagine this: You've got a great idea for a product or service. As usual, you've waited until the last minute to put together your big presentation or sales call.

In the throes of your 11th-hour scramble, you notice a dog sleeping comfortably nearby. The thought crosses your mind, "What I wouldn't give to be that dog right now. Why do I put myself through all this stress? If I was a dog, I could just lie there without a care in the world. I wish I was a dog." Good News! In some very useful ways, you are.

Remember Ivan Pavlov? He earned a Nobel Prize in 1904 by demonstrating that he could use a bell to trigger a drooling response from dogs who had learned to associate the bell with food.

You know that the world needs that product, that idea of yours. But maybe you've had a habit of procrastinating in the past. Hypnosis is an efficient, powerful, and safe tool which helps you tap into your ability to take action. In the same way that the action of drooling became automatic for Pavlov's dogs, your learning to anticipate a reward can teach you automatically to take action. Your time is now.

There are three major parts to Pavlov's experiment, and hypnosis uses the same steps to create your new habit. Let's have a look at them.

So stop for a moment to become aware again of the three necessary parts to your success story:

Notice in yourself that you can absolutely do all three steps. They're easy! Hypnosis helps you by speeding up the integration of these associations, so you automatically take action. And as you fully integrate these success strategies into your life now, you can effortlessly reach those beautiful goals that you're accomplishing!

Remember that you are just enough like those dogs to be teachable. Hypnosis is that teaching tool. Those dogs didn't drool the first time they heard a bell, and you might not expect, really truly expect, to take action every time you feel that old feeling. By rewarding your successes, however, you will have learned to do in order to get. Pretty soon, just thinking about something that's important to you causes you to automatically skip that old feeling and move straight to taking powerful actions for the sake of your fulfilling rewards.

Now... what is that great product or service you have? Your time is NOW.