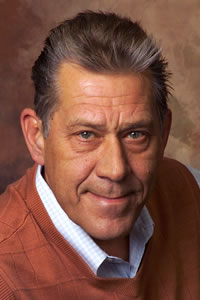 Did you ever stop to think that the words you use have the ability to affect how you function in your everyday life? That simple, little words can profoundly affect you, especially when you overuse them?

One of the biggest culprits, or foes to us, is one of the smallest words we use: try.

Did you ever hear the expression trying is lying? I'm not referring to lying in the sense of deliberate deception, manipulation, or in a hurtful manner. I am suggesting that when people tell themselves and others "I'll try" or "I'm trying," what it really is, is an innocent self deception.

The wise Yoda, from the Star Wars movie series, said "there is only doing or not doing, there is no trying." Often we hear family, friends, and acquaintances say say things like "I'm trying to lose weight," or "I'm trying to kick a bad habit," or "I'm trying to make more money," but do they actually do it? The very few may, but the vast majority do not.

Instead of trying to clean or tidy up, we become more likely to actually do it. Don't try this, just do it! In his book The Seven Spiritual Laws of Success, Chopra explains the Law of Least Effort by remarking that "fish don't try to swim, they just swim, birds don't try to fly, they just fly (THEY JUST DO IT!).

Another culprit from the world of words is the dastardly should. We often innocently say we should do this or that (lose some weight, get more exercise, eat less sugar, study more, make more money, save more money, the list could go on and on). The effect of using the word should is to prolong our own avoidance of the very thing we probably need to do.

The good news is there is an antidote. Like try, the first step is to hear ourselves saying it (should), and then start replacing it with the word need. When we tell ourselves we need (plug in the lose weight, exercise, etc.) to do something to do something, we are more likely to actually do it. Need is simply a more powerful word. Need also implies or imparts a sense of some urgency to the activity that would benefit us, and we become more likely to do it.

Yet another sinister word in our vocabulary is the contraction of can and not: can't. When we tell ourselves we can't do something we really enable (or make stronger) our inability to do something. The way this contraction works against us is that the first part of the contraction (can) is in effect the enabler to NOT do something. It's like we say to ourselves "I am able to NOT do this." This makes going from can't to will, (do this), very difficult, if not impossible. Well, fret not, there is a solution.

As always the first step is to hear ourselves (consciously) saying can't. The second step is to replace the word can't with the contraction won't. Won't is a contraction of the words will and not. When we use the word won't (instead of can't) we increase the likelihood that we will do something we formally could not do. The idea is that it is more possible to go from won't to will, than it is to go from can't to will.

Notice a theme to this article? It's that the first step is always to consciously hear what we are saying. This is how effective Hypnotherapy works: the Hypnotherapist brings into conscious awareness what is motivating our behavior from a subconscious level. Once those motivators are exposed on a conscious level, we have a much better chance of changing something that will improve the quality and value of our life experience.